Oh! What a Lovely War - An Award winning production.

This famous musical entertainment sees the First World War from the soldiers’ point of view, using the songs they wrote and sang, the jokes they told and the camaraderie of the trenches to tell the story of the war that ended over a 100 years ago. With a cast of 17, a professional musical director and band, and an army of backstage helpers, this was a joint production with Lympstone Entertainments.

This superb production was awarded a NODA District Achievement Award. 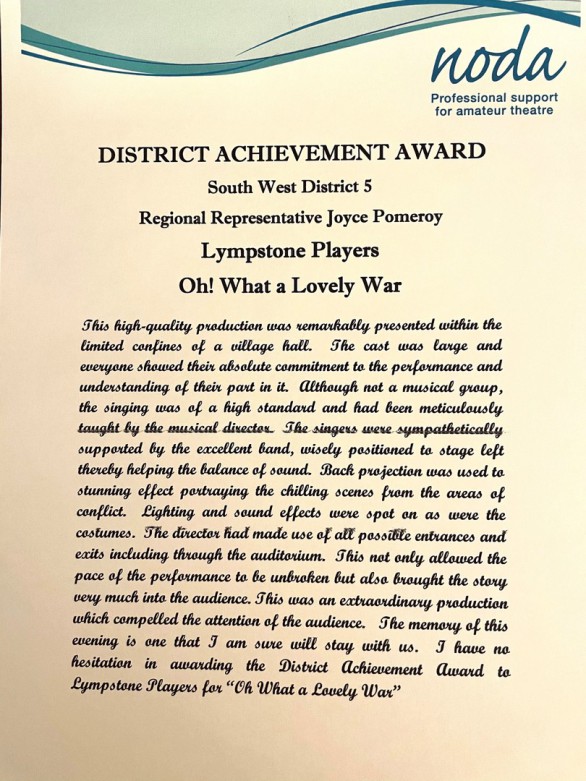 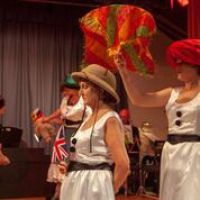 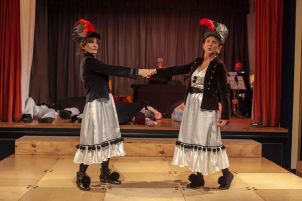 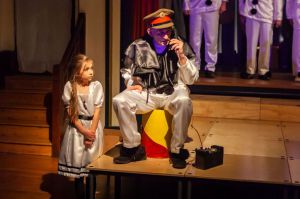